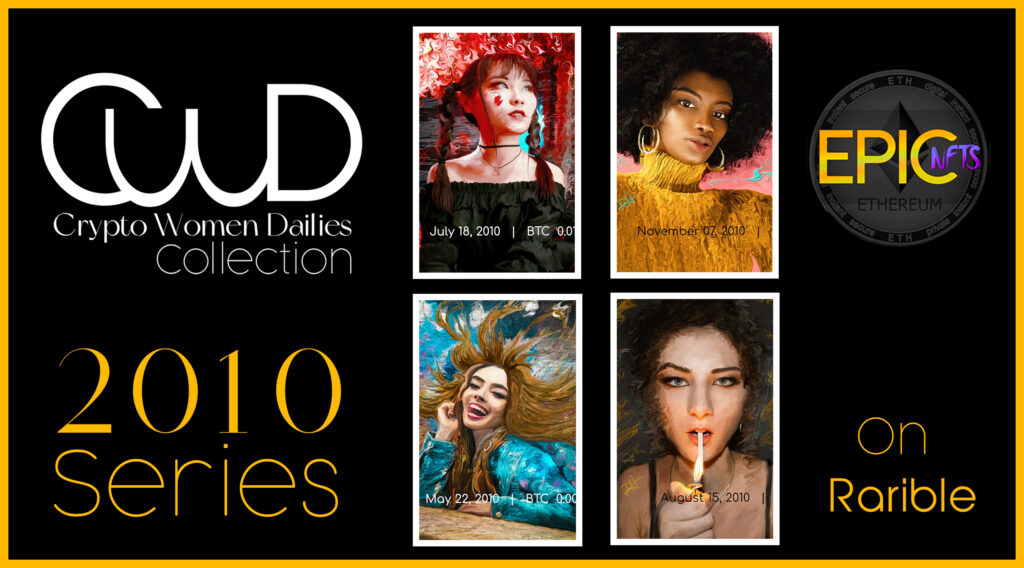 CWD is a historic NFT collection comprised in total of 150 pieces spanning important dates in bitcoin price history from 2009 – 2022, and can be found on the Rarible Marketplace. All tokens are priced equally at 0.07 ETH.

In 2010, bitcoin started gaining traction and awareness, yet there were only a few notable events throughout the year that had an impact on the growth and price of bitcoin. The 2010 series of this collection contains four unique tokens to commemorate the following events: