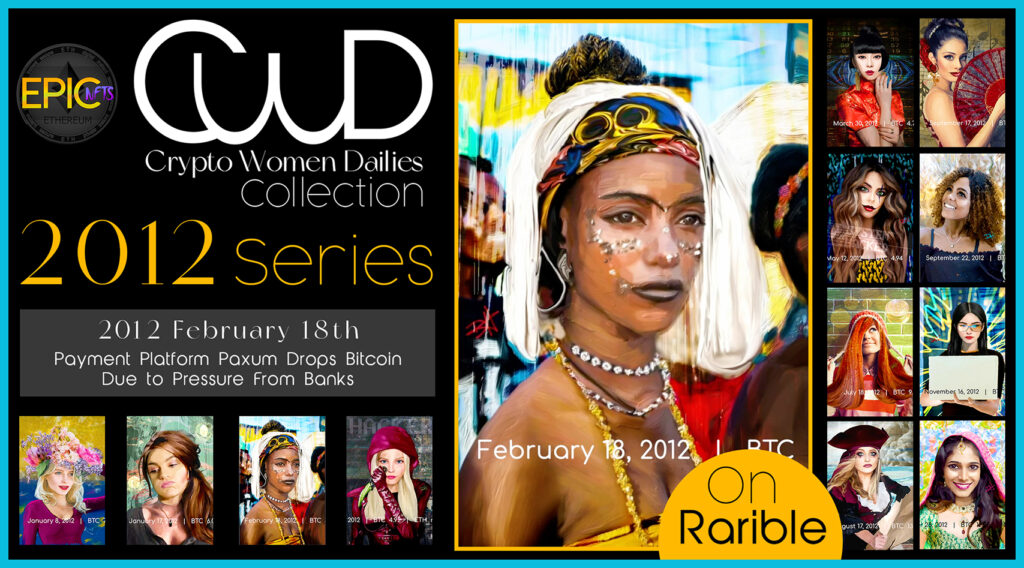 On February 18, 2012, bitcoin dipped slightly, one week after the announcement came from Paxum ecommerce payment platform that due to pressure from its banking partners, bitcoin transactions were being terminated “effective immediately.” Citing that they had no choice in the matter, due to new rules that appeared “almost overnight,” this appeared to be a signal that mainstream financial institutions may have started feeling a bit threatened by bitcoin.

Paxum payment platform was known as a payment solution for high risk industries, such as adult entertainment, and they had been been working with bitcoin exchanges for more than a year.

This is a 1 /7 Limited Edition NFT. This artwork is limited to only 7 NFTs available for purchase.